As the first independent financial advisory boutique in Korea, we offer a great ideas that makes a distinct difference to our clients.

We are now beginning to build global network and evolve a different sort of private equity firm. 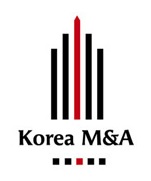 Divestment of Auction to e-Bay.com

2001 KMNA adviced that Willbes had divested the major share of Auction to e-Bay.com listed in NASDAQ.

2003 Investing in Ndoors and Next Play which are online game companies.

2005 Adviced on divestment of Job Korea to Monster.com listed in NASDAQ.

Divestment of Cable TV companies in Korea to CJ

Divestment of Ndoors to Nexon and Next Play to NC Soft

2011 Adviced on divestemtn of Plasmart to MKS instrument listed in NASDAQ.

2020 Investing in EQBR which is FinTech venture.

2021 Adviced on investing in xingxing scooter business which is the one of top tier scooter ventures.